Sustainability, regeneration and biodiversity in agriculture

Sustainability, regeneration and biodiversity in agriculture

Underpinning this has been a long-term systematic experiment (LTE) at Harnhill Farm - ongoing for 11 years - in which three regimes (plough, minimum till, and direct drill) and three crops have been monitored across 18 plots. This platform is used by our research cluster, to measure outputs from annual harvest, soil biology and worm density and micro-nutrients in soil and plant uptake enabling us to connect outputs, nutrients, soil health and cultivation methods. Soil health remains at the centre of our research in sustainable agriculture. By using this term, we are acknowledging that we regard soil as a living ecosystem and not just an inert base for agriculture. Measuring the reliance of the soil to changes within agricultural management, food security and climate change is a key research goal. Our research on the agri-ecology of woodland, field margins and hedgerows centres on their potential for biodiversity enhancement and carbon sequestration.

Centre for Effective Innovation in Agriculture 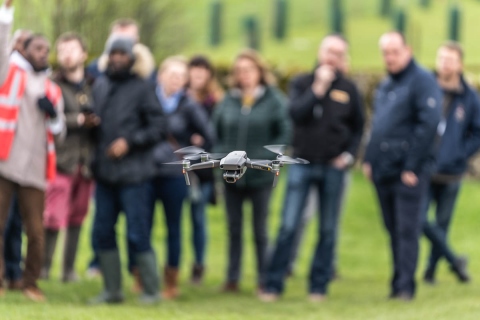 The Centre for Effective Innovation in Agriculture (CEIA) aims to strengthen the impact and benefit of agricultural research at scale. Launched in April 2021, the CEIA is a partnership of England’s leading agricultural universities, founded with five years’ funding from the Elizabeth Creak Charitable Trust. The Centre aims to:

To find out more and discuss working with us, contact: 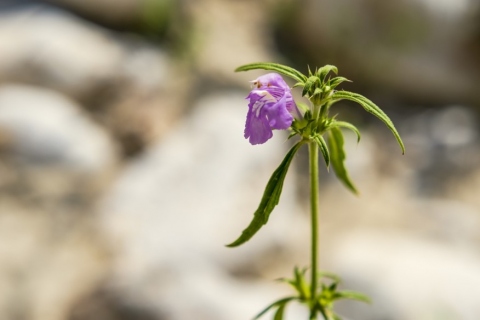 Many wild plant species associated with cultivated land have experienced declines in population and range. These species provide valuable pollen and nectar sources for pollinators, as well as seeds for farmland mammals and birds.

The Royal Agricultural University was selected by Plantlife, Europe’s largest wildflower conservation organisation, to reintroduce the critically endangered Red Hemp-nettle (Galeopsis angustifolia) to plots under organic cultivation. The reintroduction was part of a wider collaborative project between the RAU and the Colour in the Margins project led by Plantlife, part of Natural England’s ‘Back from the Brink’ conservation work. In 2019 27,000 seeds were sown from the Millennium Seedbank. To determine the best conditions for future reintroduction projects, germination and survival of the Red Hemp-nettle are being monitored under three different conditions - normal drilling rates, reduced drilling rates, and in uncropped plots. The first Red Hemp-nettle plants germinated in 2020. 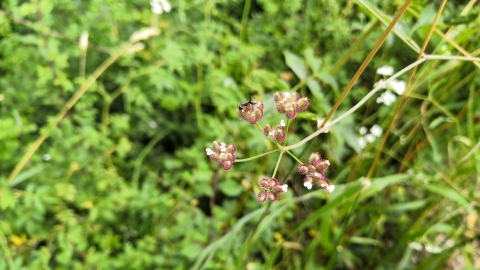 The RAU has further collaborated with Plantlife to assess the response of the endangered Spreading Hedge-parsley (Torilis arvensis) to a conventional farming system. Seeds supplied by the Millennium Seedbank were sown in 2020 at the field edge and interior under four crops (two broadleaf and two cereal). Plots continue to be monitored for both autumn and spring germination.

Both projects provide wider research opportunities, including staff-student collaborations, not only relating to the reintroduced species, but arable flora more generally at our reintroduction sites.

Galantamine is a pharmaceutical compound that has been an approved Alzheimer’s Disease (AD) treatment since 1998. Galantamine can be synthesised chemically but it is a difficult and expensive process. Producing galantamine from galanthamine extracted from plants is more cost effective, but supplies are limited. Daffodils are the only economically feasible plant source for cultivation in the UK. The project aim was to deliver a new approach for producing daffodil-derived galantamine based on integrating daffodil-growing into existing upland pasture while avoiding the need to plough the field. This will increase the economic sustainability of hill farming by providing farmers with a high value crop while maintaining traditional farming systems in the upland areas.

Transcriptomic and tissue culture approaches for production of Amaryllidaceae alkaloids, May 2013 – April 2017

The Amaryllidaceae alkaloids e.g. galanthamine (Gal), lycorine, narciclasine and pretazettine are noted for their pharmaceutical properties. The biosynthesis of alkaloids by plants using in vitro systems has been considered as a tool for drug discovery and production since total chemical synthesis is not economic. The biosynthetic pathways, especially for Gal, are starting to be understood, but still far from complete. This study focused on understanding biosynthesis in whole plants and developing cell culture systems that could be optimised for alkaloid production. Metabolite profiling and knowledge about probable genes involved in secondary metabolism and their regulation in different tissues will provide insight into the Narcissus plant biology related to alkaloid production. 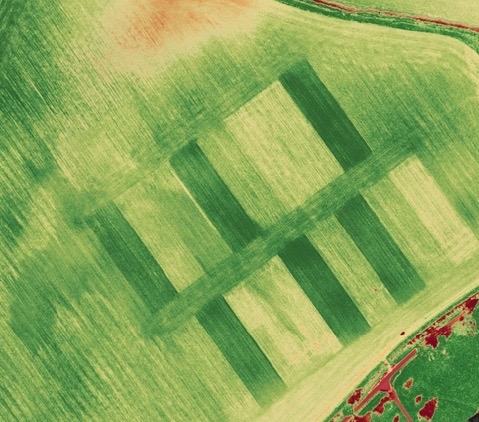 This long-term experiment (LTE) was set up in 2010 to investigate the impact of crop cultivation systems on crop growth, development and yield.  The randomised block design trial has 6 replicates of three cultivation treatments (plough, power harrow combination drill; minimum tillage (one pass with a tined cultivator e.g. a Topdown and a Horsch Sprinter) or direct drilling (using a Moore Unidrill or similar).  Each plot is 30m wide by 100m long to allow for the use of standard farm machinery. The trial spent the first ten years in an arable rotation but in 2020 was sown, using the same crop establishment techniques, into a diverse herbal ley for the next four years.  After over a decade of these cultivation treatments, the LTE now provides a valuable asset for investigating the impact of these treatments upon soil physical, chemical and biological health, crop yield and other important variables in a controlled environment experiment.

Earthworms are often used as the emblem of soil health, having a large effect on the physical soil environment – through burrowing, mixing the soil, increasing the amount of water infiltration and aeration within the soil profile. Deep burrowing earthworm species leave “casts” on the soil surface (earthworm poo), this is soil and organic matter that has been processed by the earthworm changing its chemical composition, redistributing nutrients from depth to the soil surface. This project is an interdisciplinary collaboration between soil and computer scientists. Focusing on the development of image recognition algorithms (AI and computer learning) to estimate earthworm activity within agricultural soils. Understanding how agricultural management effects earthworms and how they differ spatially within a field and across farms is key to enhancing earthworm population and consequently soil health.

Carbon sequestration in hedgerows and scrub

Hedgerows and scrub are well recognised for their various environmental benefits, not least as wildlife habitats playing host to a range of bird, mammal and invertebrate species supplying them with food and protection as well as forming wildlife corridors. 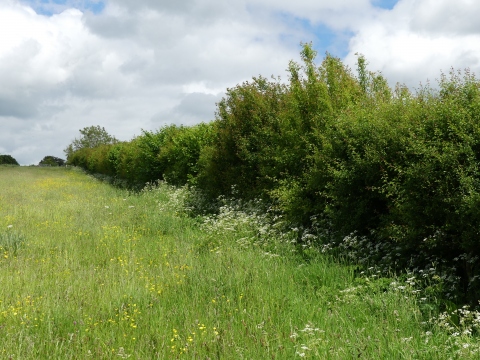 What is less recognised about hedgerows and scrub, is their carbon storage potential. Very little information is available about this. This project investigates both the amounts of carbon currently stored in these habitats along with the potential management interventions to increase the storage potential. The findings will inform new agri-environmental management schemes and rewilding projects going forward.

Traditional unimproved grasslands are often packed full of biodiversity, with levels comparable to rainforests in some cases. However, over the last few decades, these grasslands have decreased in extent as well as experiencing declines in quality due to poor management. 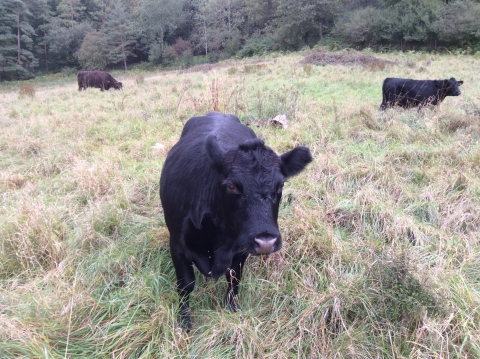 This project focusses on a number of local limestone grassland sites which consider ways to improve them through various grassland restoration interventions, investigating methods of: